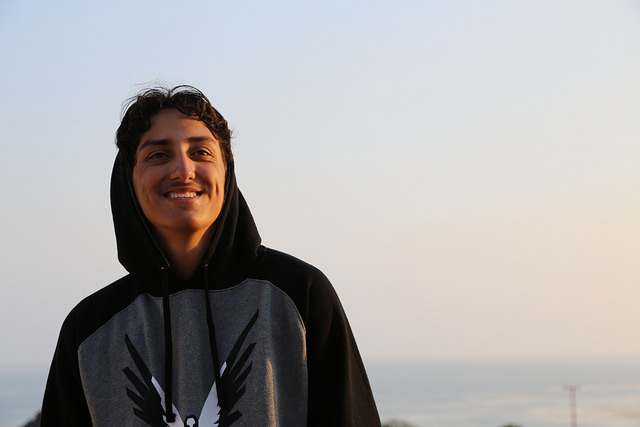 On the first day at Wishtoyo, we were greeted with a song by the Chumash people when we arrived. We hugged and introduced ourselves to each other. But right as i got out of the car I felt the energy of Wishtoyo and it felt so great. Later, we had some of the best food i have ever had in such a long time. After lunch, we had a little group that went to go learn some traditional archery, which was easy to pick up if you did it enough times. The traditional archery was way different than the type of archery we know today, you actually throw the arrow with some type of stick. I kind of sucked at aiming it but all i was good at was throwing it far.

On the second day at Wishtoyo, we woke up and we did the sunrise ceremony, which was something different than most things i have done. The thing i liked most, was the fact that we had a blessing for every meal. And again, the food was just great. Then the beach was great also, i went swimming and the waves just took me so many times, so much salt was in my nose and sand was everywhere. I was even turned into a beautiful sand mermaid. Later on that day, the men went to a sweat. I was one of the men who hasn’t done a sweat before, and that sweat took about three hours all together.

On the third day at Wishtoyo, our last day, we went to the beach. The waves at the beach were more common than the day before. Most of the group went surfing, while i stayed on the sand for most of the time. After we were done at the beach, we went back to the village to have lunch. We said how we felt about the last few days. And then had lunch, but after lunch we said our goodbyes. And we all got Wishtoyo shirts!! and we took a bunch of photos together. I am so glad that i was able to experience this program that has been teaching me so much.

View all posts by jarrodchap