Two weeks is over. I cannot express my appreciation for this opportunity. It was an honor being here and experiencing this program.  I feel I have gained an understanding of how I can apply my culture in a higher level of education. I have shared and heard many stories that I will keep close to my heart. I have learned a lesson to always value my culture it is what keeps me grounded. I feel so grateful for being here this year. The college course we have almost everyday have made me feel confident in myself to apply to college. I just want to thank Scott and everyone in the program for giving me this opportunity. I am so thankful.

It feels like I haven’t blogged in a while. And just to catch you up we all went to Wishtoyo which is a Chumash village in Malibu, California. I have been there before for previous ceremonies. Each time I visit I feel so welcomed and loved. This time wasn’t different, as soon as we arrived we were welcomed with elders singing a song. This filled my heart. I began to bottle up mounts of excitement. As soon as we stepped out of the car we were given hugs left and right and meeting new faces and reconnecting with the news we knew. Then we went into the round house and Mati gave a really powerful and encouraging talk to us, youth. He discussed that life has challenges, lessons and blessings. All of this really stood out to me and made me feel powerful. We all sang a song and gave hugs to each other. Then we had a little lesson with Ray and Sue which was over ocean life and issues. Afterwards we went down to the water which was so refreshing and so surreal. At that moment I knew I was in the right place with the right people. Everything just felt balances. As the day went on at Wistoyo it kept building up happiness. Later that night I went down to the round house just to settle my sleeping bag down and I saw some girls in a circle singing each and every voice was so unique and different from the next. I followed my heart and jumped in. Which is something I would never do, and something I would never feel comfortable doing. But this was just living in the moment.

Overall I feel incredible honored to be at Wishtoyo. 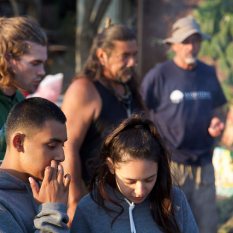 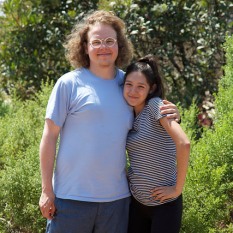 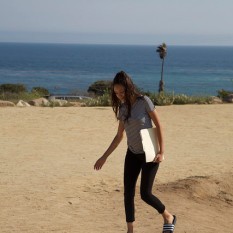 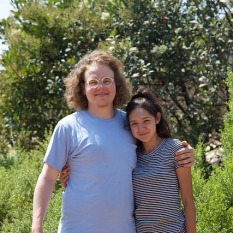 Hi. Today is Wednesday and I have a couple of things to discuss. First I would like to discuss an object I would put on an alter. Which really reminds me of when I was young until now. My father and I build our own alters for Dia De Los Muertos. We would put pictures of our loved ones who have passed on, candles and cempazuchitl. It would take us hours to get everything in place how we liked. With building an alter comes a lot of patience and energy. If I had to pick one object to put on the alter it would be the cempazuchitl’s which are a type of flowers. They are bright yellow and orange. I feel they really bring out the true beauty of alters. When I see the bright flowers colors bounce off of each other I remember how scared, beautiful and powerful alters are. This all reminds me of when my dad and I are building alters together which happens every year. This has turned into our own tradition every year. We spend hours on one alter. This is such a meaningful traditions because we do it together. As we build our alter we will remember love ones who have passed on and shared good memories of the, we sing songs and put a lot of energy into this. My dad tells me that he used to build small alters with my grandma (his mom) and it is meaningful for him. I would love to pass this tradition down, with my little brothers or maybe my own kids. I think this tradition keeps me grounded and helps me keep moving forward. If I had to create a tradition it would to be building alters with my little brothers and something silly like frozen yogurt every Monday night (just to make Monday nights better). 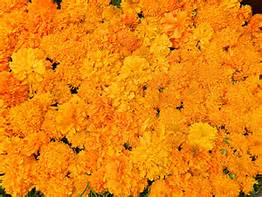 Tuesday morning, just like the morning before we had Indigenous games with Hector. We learned some native Hawaiian games. One being The Chicken Dance. It was absolutely hilarious standing in the middle of a circle on one leg, holding your partners hand trying to get someone out. It brought me many laughs this morning. Then we had class which is writing workshops and college admissions. I specifically liked that we were given time to look up scholarships and make note of them. Made me feel way more confident in applying. I inserted some pictures of myself in admissions on top. Then we met with a UC Riverside professor, Michelle Raheja. She talked about native film writers and producers then showed us a couple short films by native film makers. I thought it was interesting how it incorporated science fiction but still respected native culture. As the day went on we had Shakespeare with Albert Watchtel. He started by talking about Native traditions and kinda comparing them to literature. It was a little challenging to keep up with him and at times got confusing. Then, we got to travel to Western U to observe virtual cadavers of the human anonymity. We also got to actually hold a human heart, lungs and kidney. It felt like a whole new learning process but was still really interesting. After we came back to Pitzer and had some free time until dinner. Afterwards we had theater. Theater brings me lots of laughter especially when we are acting out like animals.

Monday. Started at 6am. Again. And let me tell you, it is not always grand. Started off with playing indigenous games with Hector Pacheco. Today Hector told us about his grandfather who shared and passed down these games to him. Reminded me of my grandparents when they share a teaching. It is a real honor being able to learn these traditional games. And it is a great way to build community. As the day went on we had a Neuro science presentation by Tom Borowski. Which I thought was real interesting learning about the functions of Neurons. I am starting to think I might be a little interested in the cognitive aspect of Neuro science. The next activity we went to was with Elder Kim Marcus (Mr. Marcus) who explained all about acorns and how the women used to ground them, remove the shell and used them to make food. It was a little challenging doing the techniques that the women used. Then after a couple food breaks we had theater with Rose. Today we built our own alter and put what Rose asked us to bring. Rose directed us to bring an objected that reminded us of some. It was good to be able to share and hear stories. It was very powerful.

P.s down bellow is a picture of myself participating in an indigenous game.

Sunnnndddaaay funday! is defiantly a real thing. It was proven today. We had the chance to talk with Joe Parker. Joe Parker discussed two social justice movement; Idle No More and the Zapatista movement. It was really intresting reading about the major events and failures that accrued to two movement. Honestly, at first I felt a little challenged in Parkers talk because how different and unique both movement’s dynamics are. As Parkers talk went furthermore with background history about the two movements I began to imagine the fight and the people in the fight. Made me remember the strength of our ancestors. Right after Joe Parker’s talk we had a bit of free time, which I used to go swimming. On a supper hot day like this swimming felt great. I felt like I was really living in the moment with my friends. Then we had a talk with a vising elder Saginaw Grant, which was a real honor. He shared with us stories that were once shared with him. Just being able to hear his stories felt like a privilege.

Over all I felt really thankful and honored being here today.

Day 2 had many highlights. Starting at 7am with learning some steps of a traditional game. It was defiantly a great way to start the day. I felt it brought a lot of unity to the group which can be reassuring for me. Then we went to Pomona College and were able to visit an actual lab with students that are researching there this summer. We were able to observe glowing c elegans in a microscope. That alone was so amazing. The c elegans are so tiny and just seeing them glow was crazy. Then we made our way to the Pomona Museum with a visiting elder, Lori Sisqouc. Lorie explained traditional baskets and there multiple purposes. We discussed quite a bit about the importances, dipper meanings of the baskets and what they were originally used for. I especially liked how we were able to be so hands on and were able to make our own baskets, it felt very meaningful. As we went on with our day we were able to meet Tory Mudd who gave a presentation about stereotypes of Native Americans in Hollywood films. I was so gravitated to learning and discussing more about how theses stereotypes are still being played out in today’s society and more specifically how this has an effect on the Indigenous people’s.

Over all today went well. I loved how hands on some activities were.

Below is a picture of my friends  (on the left) and I’s (on the right) baskets we made! 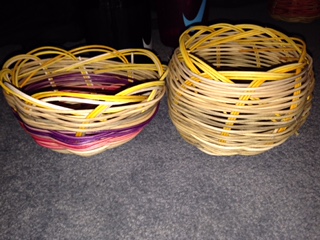 Soo, today was the very first day in the program. Staring with drop off, I was too excited to settle into my room and meet my roommates. Then was orientation which was real cool hearing all the mentors introductions. Overall, I felt excited to get started. Once we did get started in theater I was able to meet others and express myself. Then meeting with an elder and making my own personalized clapping stick was defiantly a big highlight. Now, I am trying to get a hang of blogging which is interesting and sometimes challenging. I can not wait for what tomorrow brings!

My name is Madison (Maddie) Garcia. I am seventeen years old and live in Los Angeles with my mom and two dogs. I attend school at Anahuacalmecac International University Prep. I have been going to Anahuacalmecac since kinder and will soon be entering my final year (rising senior). I feel overly exited to be participating in this program, I am most excited for all the new adventures and experiences. I also feel honored to be apart of this programs community. My dad’s side is Kumeyaay from Baja California and Huichol from Jalisco Mexico. My mom’s side is from Newfoundland Canada. Both of my parents are super happy I am participating in a native youth program. Cannot wait for new adventures!