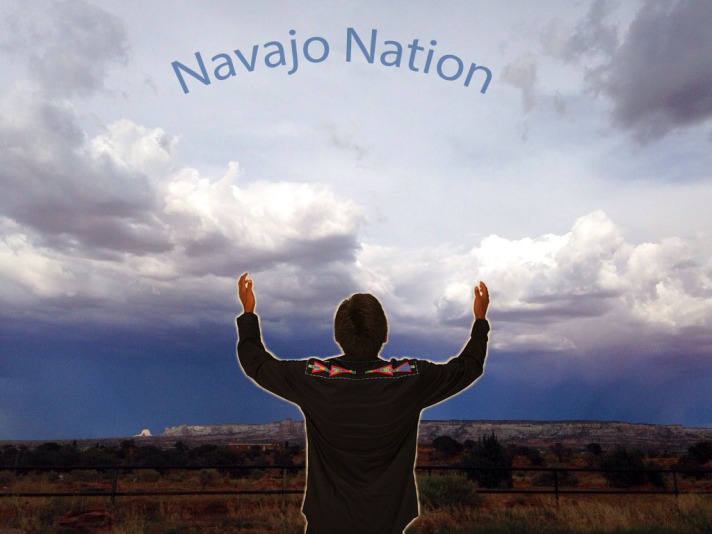 I chose this picture because it shows my hometown, my reservation, and my favorite type of weather. My hometown is Kaibeto, AZ, it is located on the Navajo reservation in Northern Arizona. In Arizona the weather gets hot fast and when it rains it makes me feel good about the day.

Today i was practicing more Martial Arts and then we went swimming . then at our last class we talked about The US immigration and how it affected us but at the end we talked about something that i didn’t agree with and made me really triggered so yea bye

Today was packed with a lot of classes about change with our culture. The people in the program and the mentors are all connected in a way that has change my motive and my way of seeing my culture. I have shaped into trying to spread the culture of natives claiming that we still live and we are still a people. All the people have showed there culture and carried their knowledge about themselves. I believe that I can spread this statement through Social Media and through the community. This will eventually be the statement that the government will testify but then approve of since they cant kick people of their own land. They are going against their own rules. It will be totally awesome if this will be carried on through future generations of people.

As you walked into the computer lab tonight you may have noticed the quotes from different Native American activists and artists posted around the room. Tonight we are writing about change. As you leave the program and move into the rest of your lives, what will you take with you? What changes do you wish to see in the world and for our mother earth and ocean, for the air and our communities? After Social Movements with Joe Parker and the books we have been talking about, we wanted to give you the opportunity to think about the changes you wish to see in this world.

What or who in the program has inspired you, and what legacy do you hope to leave for the future generations?

P.S. If you would any photos you’ve taken added to flickr or you would like to add a quote to the wall, email it to me along with the author and I will get it printed. gkules@students.pitzer.edu

Coming back from the Wishtoyo village was sad because we had to leave the beautiful village and amazing ocean but we got to come back to Ben Florio. Where we learned about films and the background music which was really chill to come back to and really uplifted my spirit. To start off the eighth day of the summer program we got to do the Indigenous games and play against each other. I thought this was so fun because we got to work with each other in a groups and use strategies. This helped to wake me up and energize my spirit for the whole day. To finish off our day, we got to have a talking circle with Auntie Josie, whom taught us a bunch of native songs.

Today was full of wonderful moments! It started for me at 6am waking up and walking outside to find Cuauhtli and Jasson ready to run. We ran around all the campuses and then went to Indigenous games with Hector. It was fun starting the day off in the early golden light and finding the energy in ourselves to run and run and run. Throughout the day we toured Pomona College, ate delicious food, swam in the pitzer pool and then watched Spirit Game. The movie was very inspiring and it just so happened that one of our mentors my amazing friend Phil who I love is from one of the 6 nations, whose team the film followed. I loved the movie because it had me hanging off my seat hoping the Iroquois team would win and taught me a lot about the history of the 6 nations and how colonization continues to affect them today. There was a moment in the film where the Canadian Coach was sitting next to one of the Chiefs. They were sitting in the tribal councils log building. The film had just discussed how the Kanadian team refused to get their passports stamped. The coach said it was just a big misunderstanding and laughed it off. There are subtitles during this sequence because the chief’s words are a muffled by one side of his lips. He explains that he recently had a stroke. The Kanadian coach says some words about how canada needs to treat its Native people better. It seems like he is trying to seem progressive, even though his team just refused to respect the sovereignty of the nations by getting their passports stamped. The chief doesnt look at the coach, but with clear eyes describes how men come to him and think they can spent a couple minutes with him and learn the history. They come to him without knowing anything about his people. They expect his people to sit down and tell them the history, quickly and then they leave. The subtitles roll across the screen and the coaches eyes flicker behind his fake smile. The chief continues describing the ignorant men who come. His eyes do not look in the coach’s direction.

It was a great day. I cant wait for tomorrow.

Today, on July 12, 2017, we the students of the Native Youth to College Program at Pitzer College, had the privilege to view an amazing film, Spirit Game: Pride of a Nation created and directed by Gayle Anne Kelley. Gayle was adopted into the Onodaga Nation because of the amazing work she has been working on and demonstrating her love and passion through the variety of events and ceremonies she has participated in. Her creating this film and sharing it with the world is very inspirational because it contains so much information that youth can see what our fellow natives went through. This film was not only focused on the game of lacrosse, but focused on everything that was connected to one another.

In the beginning of the film you see how the Iroquois Nationals from Haudenosaunee had the challenge of not being accepted into the international competition because they were not considered to be a nation. Eventually throughout the movie, you see how the nations come together and celebrate their differences culture and traditions form their nations. One of the moments that inspired me the most in the film, was the scene when the New Zealand nation and the Haudenosaunee nation came together and shared their culture with each other, but also the coach, Rich Kilgour from the Iroquois Nationals exchange a lacrosse stick made by family members of the players. The lacrosse sport was not only a sport to the Haudenosaunee nation, but it was medicine. Medicine for the: players, children, women, family members, but it was also used as a healing medicine, setting a prayer and expressing themselves.

So with that being said, I want to thank Gayle Anne Kelley for creating such a beautiful and inspiring film to our world. Learning new information and possibly show other fellow youth what I received from this film, because I know some young human beings can not connect to this movie because they do not know their nation and were not raised into learning their culture and language. Hopefully, I can be a leader to them. So once again, I thank you, Gayle for sharing this film and thank Pitzer College for having this connection with inspiring, beautiful human beings.

The movie was truly inspiring and motivating. I liked it because it was something different for me, specifically I enjoy sports like cheer, softball and volleyball, so watching this movie definitely opened my eyes to something different. This movie was also touching because there was a situation that involved the pope and a indigenous leader. They would not let the leader in with his headgear witch is sacred to him. It is a sign of responsibility and strength, although security did not see it that way. They saw his headgear as a sign of danger because it had horns on the top.  This conflict was not worth it because at the end they left it at the table alone and unsupervised. That was a sign of disrespect. One thing that caught my eye and will stay with me is that not all people value the same things, some people truly do not recognize how cherished and honorable native culture truly is.

Watching Spirit Game overall was a great movie that was very entertaining. I have never heard of this movie before so to be introduced to it was a great experience because, now all the people like me who haven’t heard of it can introduce it to our friends and family and it can be spread. One thing that really spoke out to me was when they were talking about how women also have an impact on lacrosse. Even though women don’t play the game as much they are believed to be a much more powerful human being.

The heart-warming movie “Spirit Game” was an amazing movie about the history of the Iroquois Tribe that was never told. It showed us how the Lacrosse team was turned down to play in many games, but they never gave up on making it. The film inspired me to keep going and there will be many obstacles but you can overcome it. The movie was amazing, Gale Anne Kelley did such a great job!